Showing posts from April, 2009
Show all

A Fantastic Poem by a 9 yr old Kiddo

April 06, 2009
A sweet poem by a 9 yr old who was stranded outside in the cold wind, near the pool at a club since her parents got delayed from their Yoga class... amazing!!!


When are you coming out? I ask myself as I watch the lonely pool

Twas a cold and frozen day.

Just thinking of how warm you were made me shiver

The wind was harsh and took no pity on my frozen soul.

You were warm inside

While I was left to die and perish 'in the unforgiving world of hell !!!

To care for the flesh and bone

That may be history

But why is a mystery

Why was I left 'in the cold

And let me die of fate

And here I'm standing stiff as a bone

Here I am ready to yell

Facebook is testing a new virtual gifts product that allows users to give “credits” to other users. The idea is that you can give other users these credits in addition to or in lieu of commenting or liking a message or status. So if for example I say “out walking the dog,” other people can throw some credits my way. VentureBeat has an exclusive overview. Here’s why Facebook likes the product - you pay for the credits with cash, to the tune of $1 per 100 credits. That’s enough incentive for them to test this out, despite the fact that anyone who looks at it for more than a moment will realize it’s doomed to fail. There’s no real world parallel to this gift, like Facebook’s existing (and reportedly underperforming) virtual gifts product that lets you give someone an image of a cupcake or whatever on their birthday. My strong guess is very few people will use this, I can’t imagine someone saying “nice status update, here’s some fak…
Post a Comment
Read more

May your soul rest in peace brother

This actually came to us as a shock and was really difficult to believe that we could loose such a close friend like him. Hope i could have at least met u for the last time.

You'll always remain in our heart, forever....i know you are there, somewhere watching us over

In your memories I'm putting this up on my personal website.

Anyone who wants to pay tribute can feel free to write a comment. 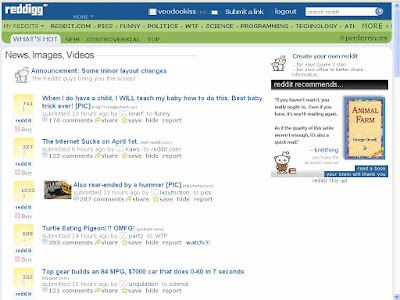 I just logged in to reddit and the entire look and feel of Reddit looked like Digg.....amazing spoof on April fools day....i didn't want to miss this one so here is the screen grab of it 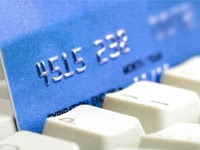 This is because personal and credit card details of thousands of Visa, Mastercard, and American Express customers were listed online and were freely accessible via a simple Google search. About 19,000 Brits are allegedly affected.

According to media reports, the information was first posted on an unsecured server in Vietnam, used by fraudsters. The site was closed down in February, but the information remained available on Google.

Telegraph.co.uk quoted UK trade association for payments APACS spokesperson as saying that most of the cards on the list had already been cancelled, but there are concerns that their owners were not made aware of the fact that their credit card details had been leaked online. The report added that a Google spokesman sai…
Post a Comment
Read more
More posts